Ganesh Chaturthi is one of the biggest festivals of India. In this Hindu festival, Lord Ganesh is worshipped across the country. The festival is about ten days which starts on the fourth day of month Bhadrapada according to the Hindu calendar. Acc. to universal year, it lies in August or September. Ganesh is the younger son of Lord Shiva and Parvati. He has so many names and one of them is Vighanharta which means remover of all the obstacles from the one’s path. 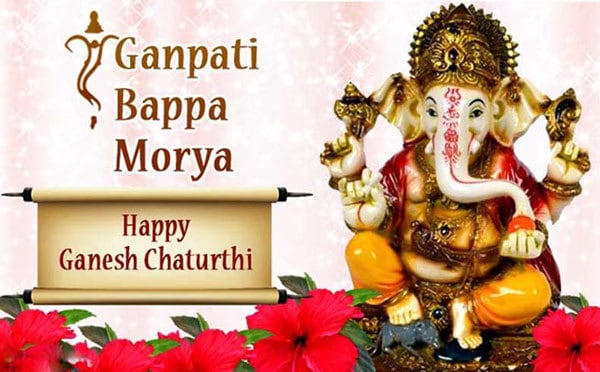 There is number of myths regarding his birth. The most popularly known are that Ganesha was made out of the dirt by goddess Parvati. Lord Shiva did not accept it and cut his head, but after seeing Parvati heartbroken, he fixed an elephant head on Ganesh’s body. Thus, one of his names is Gajanan. Now, this auspicious day is celebrated with a great joy. The festival is more popular in the states of Maharashtra, Goa, Kerala, and Tamil Nadu. During the year 1893, this festival became popular because of Lokmanya Tilak who brought people together to celebrate this pious day.

The preparation for the festival starts very early that is almost two to three months prior to the festival. The material of idols has changed according to the time like in the early days; it was made of Plaster of Paris (PoP), plastic and mud. The plastic ones were the pollutants for the rivers, containing many other harmful chemicals such as mercury and cadmium but the Indian government two steps in regard to this and now, people uses eco-friendly idols made up of easily soluble soil, coconut husk and foods for aquatic animals.

The full procedure of Vinayak Pooja

Here is the complete procedure of Ganesh Chaturthi with step to step instructions:

This festival creates a feeling of unity among all. The societies come together to celebrate the festival. Thus, this festival is not only celebrated in the homes, but also celebrated in the public. Funds are collected from the public and arrangements are done. The Ganesha Idols are put and worshipped in public places known as Pandals. There are lots of activities done at the festival like singing, theatre and orchestral performances by the local people. Everybody enjoys this 10-day festival. India is a sovereign country where people of so many different religions live, but this festival is celebrated by almost all the religions in India.

There is also one belief regarding this festival. On this day, people avoid looking at the moon as it is believed that the person who will see the moon will be cursed. There is a big story behind this belief.

If you are planning to celebrate this festival, you should prepare first. The festival will be held on 12th September of the year 2018. The Ganesh Chaturthi begins from morning 6:37 am and ends next day at 5:21 am. The Madhayahna Ganesha time, which is considered as Shubh Mahurat is from 11:43 pm to 14:13 pm. The time in which moon sighting will be avoided is from 9:49 am to 21:16pm.

These were the important facts, including date and time for the celebration of the festival Ganesh Chaturthi in the year 2018. The Puja should be done with full neatness and dedication. If you have these two factors, the Lord Ganesha will be surely with you in every moment.