Every distinguished religion makes a mark with their respective festivals. Alike all other Hindu festivals Lohri certainly draws your attention. It is one of the unique Punjabi celebration which is celebrated to survive the threats of chilly winter. If you too want to get delved with the flow of the festival, then surely you have to get some abreast of information regarding the festival. Some intriguing facts like why it is celebrated and ritual to perform the celebration certainly will help you to be a part of the said ceremony. 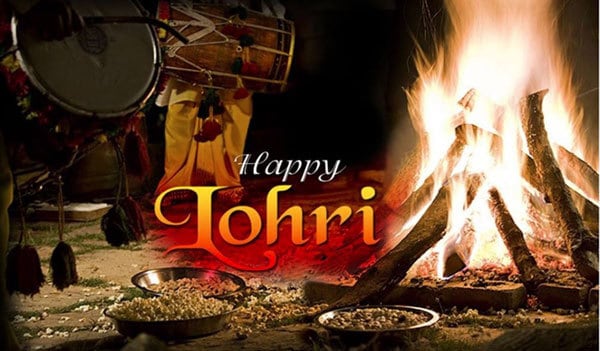 Tracing the roots of Lohri festival

Himalayan regions in India are much pricked by winters. In order to welcome the extended days, as the sun moves to the northward after the chilly winters, the natives of the Himalayan region begin to celebrate as Lohri. The festival is basically marked with the reaping of the Rabi crops. The unique festival is performed with oodles of pomp and glory. It is a major way to socialize with the rest of the folks by indulging in singing, dancing.

As per ancient tell tales, the celebration of Lohri was highly associated with the worship of lord Surya. At the same time, it very much meant to greet the new winter crop Rabi. As a known fact, that the celebration is garlanded with a special Lohri Song where people acknowledges the blessings of Lord Surya for his offering in the form of sun rays. While some other folklores highlight the importance of Agni or the fire. Some ancient tales chant about the significance of Dulla Bhatti, even the name is being pronounced in the Lohri song as well. His actual name was Abdullah Bhatti, who was known for his chivalrous heroic attempt to rescue the Punjabi lass during the Mughal rule who were deliberately forced into the slave bazaar of Middle east. In fact, he rescued two girls named as Sundri and Mundri whose names are mentioned in the Lohri Song. Certainly, the trace of the festivals lasts till date, nowadays youngsters are seen going to each home in the neighbor by crooning the song. With the completion of the song, the elders do bless the young singers with confectioneries and money.

First of all, you should remember that the traditional bonfire ritual actually differs depending on the settlement. Point to note that the Lorhri Devi is an ancient goddess who is worshiped by the devotees in the winter solstice. Basically, the Lohri fire is lighted up in the central village as soon as the sun sets with the help of wood and cow dung. People are seen going in rounds with the fire and hurl Sugar, Jaggery, Sesame Seeds, and Rewaries in the holy fire. The ritual also means to show devotion and respect to the holy Fire-god. Now the said ritual is common among all Punjabi Sikhs.

Compared to that, the Sindhis do celebrate the festival in the form of the Lal Loi. Now in this type of practice children usually garner wooden sticks from their aunts and grandparents. Here also people intimately enjoy the celebration by singing, dancing going merrily along the fire. Although it is a not a traditionally notified festival for Sindhi, still people are engaging to relish the spirit of the ritual.

Once done, the devotees and other guests are served with delicious cooked foods like Sarson Da Saag and Makki Di Roti.

States in India where Lohri is celebrated:

Although Punjab is being highlighted as one of the celebrated regions for performing Lohri, there are also some other exquisite places of Northern India that topped the list as well. Some notable states are like Jammu and Kashmir, Himachal Pradesh, Chandigarh, Haryana etc.

The present scenario of Lohri:

Once you visit any Punjabi family during the Lohri, you could notice that they do celebrate in a private way. However, the excitement takes a higher notch whenever there is a birth of a new child or marriage in a particular house. The best part of the ritual is that people are seen in vibrant ensembles all gathered in a single place to share the merrymaking. Although the peasants do celebrate the festival, urban householders do celebrate very diligently. In addition to all these, the presence of dhols certainly embarks a traditional Punjabi presence. At the same time, you cannot forgo the authentic Bhangra dancing as well.

Lohri is just 72 days aways! Yes, in the year 2018, it will be celebrated on 13th January, which is Saturday. So, it is time for you to prepare your house with lights and pomp to celebrate the festival. The Subh Time to celebrate Lohri is in the Evening when the bone fire is lit and Lohri Devi is worshipped.

On 13th January, you will see people splurging to celebrate the longest night which is the Lohri night with all and sundry. Hence, it is an end to finish the Dull Winter Days and it marks the beginning of the Sunny New Days.