If this article was been written around 10-12 years ago, it wouldn’t even be taken seriously let alone read, while today men are not just reading it but searching for such blogs to up their grooming game, such has been the paradigm shift in the men’s grooming industry. What caused it? The quality of products improved, and the quantity of products also has increased but much more than ever is the increase in demand from men for products like face wash and beard softener, and face cleanser. The demand has increased as more and more men gained knowledge about how it is important to take care of their skin to look better, gone are the days when only women used to buy beauty products now the men grooming industry has been surpassing all previous records and with such traction, new products are set to follow.

With the onset of an increase in such demand, it is essential to know the right ways and the right procedure to follow to look your best every day. The following is the list of products and procedures that must be followed to enhance the overall look and feel, this list has been curated with the help of “Dcraf” an online men’s grooming brand, more about them later –

The face needs to be taken care of it is something that is on display at all times and the most important attribute of one’s body, the following are the steps to take care of one’s face –

Firstly the face needs to be cleaned with water, a pro tip is to not wipe off the water straight away but to let it evaporate in the next 1-2 minutes as that makes the skin softer after being exposed to harmful substances present in the air. Now splash some more water on your face and apply 2-3 dops of face wash and rinse it in order to clean the dirt from the environment and the pollution. Cleansing will make the skin dry hence the next step is very essential

This is one of the most important steps that one needs to perform, the face after sleep or after a long day has dry pores, one needs to apply a moisturizer gently to the face so that the pores are now clean and moisturized which eventually glows up the face. After the face has been cleansed it became dryhence applying moisturisure helps it to stay younger with the cells being active

Face Scrubbing is a very important part of skincare this is due to the fact that our skin is continuously shedding, we are unable to notice it because it is in very small quantity around 0.03-0.09gm an hour, but the cells that shed are known as dead cells and do not just automatically fall away from our face but we have to remove them for this scrubbing helps to remove the dead skill cells and hence we are quickly able to regain the new cells which make our face look younger.

To make it easier to understand, serums are mosturizer 2.0, unlike traditional creams they are made up of much smaller molecules which makes them able to target some specific concerns which are the major concerns of people like pigmentation and wrinkles, a serum uses much potent ingredients to get rid of them.

Most people face this problem that heir beard growth is either too slow or too uneven and beard comes in patches and at some parts of the face it doesnt come at all, to take care of this problem is a beard growth oil by Dcraf which tames the frizzy hair of people, enhances beard hair shine in people and also delays premature greying of beard hair in them.

This as the name suggests is used by people who have very hard hair on beard, beard softner  by Dcarf not only come in 3 different extracts they also improve the blood circulation where applied, prevents brittle hair while also preventing beard thinning.

Such beauty products not only increase the look and feel of mens face and beard but also give give them proper care which is much needed so that problems such as premature ageing, beard becoming grey, do not take place one can find all the above mentioned products on an online shopping websit called “Dcarf”. The reason one would chose them over others is, most companies before launching such products test them on animals which is really wrong and cruel however Dcarf is different they do not engage in cruelty testing, while keeping the product at par or even superior to their competitors.

One more reason that people may chose them over any other brand is because none of their products contain paraben and sulphate, now people who use hair/beard products would know that almost all companies use sulphate in shampoos to beard oils in order to give extra shine to the hair, however it is shocking to know that the same sulphate and paraben are really toxic substances which do give shiny look and feel are actually making them weaker faster. At Dcarf people get Ayush certified products which have been dermatigocally tested and 100% vegan which makes them one of their kind.

Dcarf is providing various combos on different products like fash wash and boil oil and one must check these offers quickly as they are valid for a limited time only. 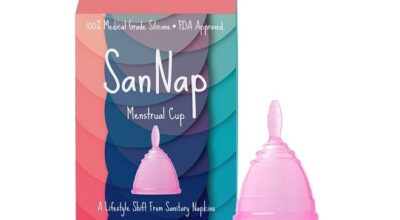 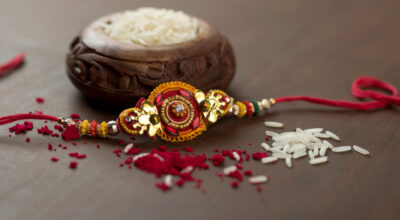