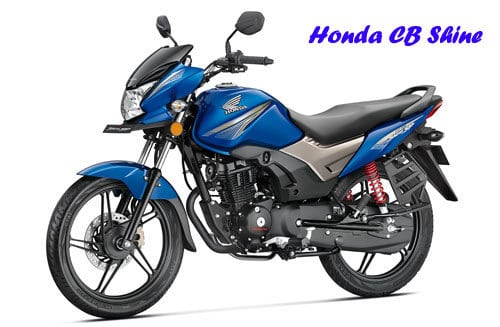 For those intrigued by the joyful thrills of biking, a bike under Rs 60000 is a highly inviting call. Bikes are a highly suitable mode for office-goers and college students too, who do not want to be stuck in the menace the morning traffic causes.

However, before you get down to seal the deal you could take a look at the list of the top 10 bikes available below 60000 INR in the Indian market. 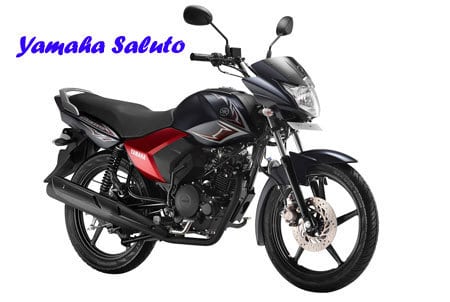 The Saluto is the first ever model launched by Yamaha for the Indian market. The design of Saluto is ample trendy providing it an attractive and distinct look. It consists of 125 cc engine and it is weighing 112 kg approximate. It is designed with storage under seat and with an air-cooled system of singe cylinder of 125 cc. the fuel efficiency of this bike is 78 kmpl, which is quite above the mark. The available models of Yamaha Saluto are manufactured in different colours such as rouge red, sassy cyan, fusion red, blending blue, unite white, cool cobalt, haute white, and tuxedo black. Yamaha Saluto is absolutely a great option if you are looking for efficient scooter within the budget limit. The bike is priced at Rs 54,330 in Indian market. 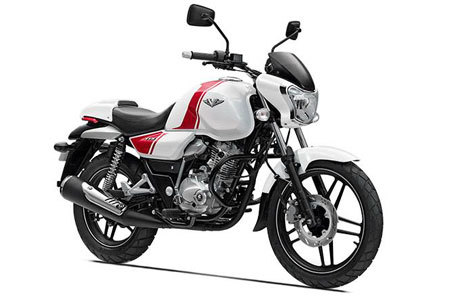 Bajaj V 15 is the new arrival in the market which is quite attractive and elegant in design. It comes with bold 149.5 cc engine which is known to produce the fuel efficiency of approximate 57 kmpl. It can produce the power maximum 11.80 bhp at 7500 rpm and maximum torque at 5500 rpm. If you are looking for a dynamic and stylish bike model then none other this item can convince you as this is available in four different idiosyncratic colours in the market and they are such as bony Black, Ocean Blue, Heroic Red, and Pearl White. It is now gettable at Rs 57,000 at distributor’s shop. 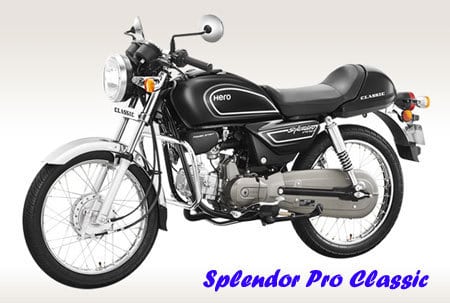 The Splendor Pro Classic from Hero Motocorp is a bike with a 97.2cc engine and has a fuel capacity of 11 liters. The bike has an air-cooled, 4-stroke engine with single cylinder and weighs 109kg. The mileage offered by this bike is 55 kmpl. The engine capacity to produce power is highest up to 8.10 bhp at 8000 rpm while the maximum torque can be produced by the engine is 8.05 Nm at 5000 rpm. In addition, it is available in two different colours such as Carbon Black and Solid Maroon. The market price of this bike is about 52, 000 INR. 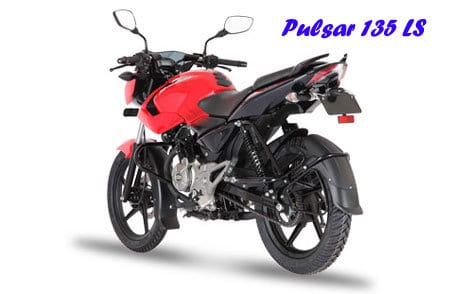 The Bajaj Pulsar 135 LS is a powerful and impressive sports bike that is equipped with an engine that offers 135cc displacement allowing it to speed up to good limits. This 122 kg bike provides a mileage of 64kmpl and can generate the highest speed up to 112 kmph. The fuel tank has a storage capacity of 8 liters. Pulsar 135 is known to compete with other similar bikes in the market as it comes with single cylinder system, air cooling facility, four valve per cylinder, five speed gear box, telescopic front suspension, friction elimination bush, and with nitrox shock absorber. It can generate maximum power up to 13 bhp at 9000 rpm and 11 Nm torque at 7500 rpm.  The availability of colours in this model of bike are such as Plasma Blue, Midnight Black, Cocktail wine red. The market price of the Pulsar 135LS is about 58, 000 INR. 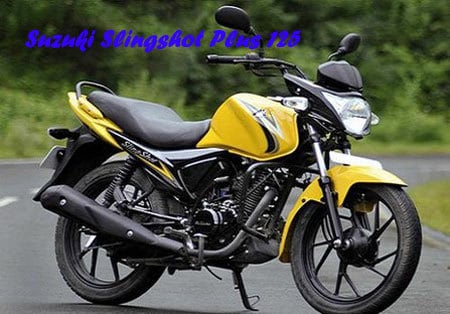 This fuel-efficient Slingshot Plus by Suzuki is equipped with a 124cc engine that generates 8.8 bhp at 7500 rpm and 10 nm torque at 3500 rpm. Weight of the bike is only 128 kgs. Suzuki Slingsot is able to produce maximum of 120 kmph speed. It is available in various colours in the market, which are respectively red graphics on Glass Sparkle Black, Blue Graphics on Glass Sparkle Black, Pearl Mirage White and Candy Antares Red. Offering an impressive mileage of 75 kmpl, this bike is priced at a figure of approximately Rs 59,000. 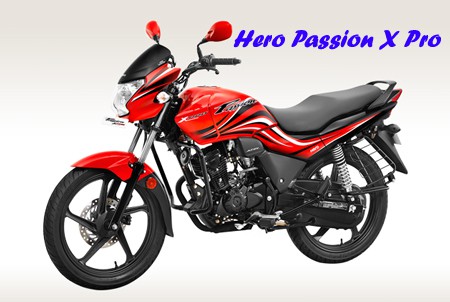 The Hero Passion Pro is an awesome option in the budget. It’s powered by an engine offering a displacement of 109cc, and a power of 8 bhp at 7,500 rpm and a torque of 9Nm of 5500 rpm. The mileage offered by this great bike is 86 Kmpl which is pretty decent and the bike attains a maximum speed up to 100 kmph. This bike is weighing only 113 kgs. It is available in eight variant colors, which provide the buyer with a wide array of choices. The choice of colours are such as Vibrant blue metallic, sports red, force silver metallic, leaf green metallic, black with sports red, black with heavy red, black with forest blue, and electric yellow metallic. The current market-listing price of this bike Under 60, 000 INR. 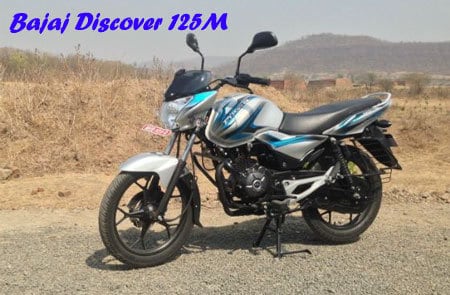 Bajaj and bikes almost go synonymously. The Discover 125M is powered by a 4-stroke engine offering 124.6cc displacement and producing 11.8 bhp at 8000 rpm and 10.80 Nm torque at 5500 rpm. Providing a good mileage of 76 kmpl, this bike is a suitable option under the 60000 INR limit. It comes with six various colours such as electron Blue, Charcoal Green, Silver Gold, Charcoal Magenta, Silver Blue and wine red. This bike is designed with 130 mm drum brake and 200 mm optional disc brake. In addition, it is packaged with telescopic suspension at front, electric start, nitrox charged at back suspension and many more. The price of the Bajaj Discover 125M is 52, 000 INR approximately. 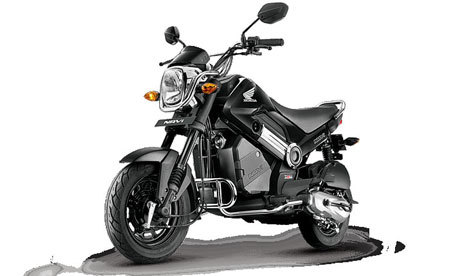 For those looking to buy a sports bike but are skeptical about the pricing, the Honda Navi is apt for you. This is a new bike launched in Indian market by Honda that comes with 109.19 cc that is weighing only 101 kgs. This elegant model of Honda is available in the market in four different colours such as Shasta White, Patriot Red, Hopper Green and Sparky Orange. This bike is light in weight and short in all dimensions. It is 1805 mm long, 748 mm width, 1039 mm high while the wheelbase is 1286 high. It generates power 7.72 bhp at 7000 rpm and 8.96 Nm at 5500 rpm. Recently, it is worth Rs. 45, 323 only in Indian market. 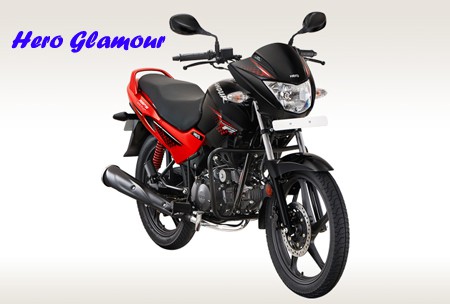 As suggested by the name, this glamorous bike offers a displacement of 125cc bike and provides you with the comfort and style you are looking for in a sports bike. The bike offers a mileage of about 55 kmpl and is well suited for Indian roads. It can attain a top speed of 95km and has a whopping 14 liters fuel tank capacity. Moreover, it can produce the maximum power of 8.90 bhp at 7000 rpm and maximum torque of 10.35 Nm at 4000 rpm. It is available in various colours and they are respectively Digital Silver, Candy Blazing Red, Black with Grey metallic, Balck with techno blue and black with sports red. The Hero Glamour is priced at Under 60,000 INR approximately.

Honda CB Shine is a wonderful choice owing to its stunning looks. The 125cc 4 stroke, air-cooled, SI engine offers a displacement of 124.6cc. The bike is styled like sports bikes. The fuel tank capacity of 12 liters is another added advantage of it. The mileage offered by the Honda CB Shine is 65 kmpl. It is currently priced in the 55,000 to 60,000 INR range.

So, while you fly on your two-wheeler, and make heads turn, these high performing bikes will ensure a good mileageand high performance, along with being fuel efficient.