Ice creams are a real relief from the scorching summers in India. As soon as summers approach, the markets get full of different ice cream brands. Due to excessive competition between the different ice cream brands in India, each brand offers the widest range of softies, scoops and sundaes in different mouth watering flavors. Currently the ice cream industry in India is worth 2,000 crores. These brands are still in a state of expansion and they probably shouldn’t stop spreading their reach until every Indian citizen has tasted their flavors. Below are the best 10 brands of ice cream which you must try at once and I bet your taste buds can’t forget their lip- smacking coolness and flavors. 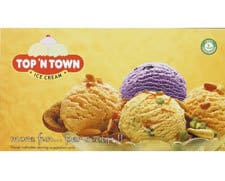 Top ‘N’ Town Ice Cream Brand  is origin in the Bhopal city in Madhya Pradesh. Today,  there  are  200  exclusive  parlors  and  more than 10,000 retail outlets. Top ‘N’ Town  has  been  serving  Ice Cream  for  almost  40  glorious  years  now. This Brand has  strong  presence in 7 states which are Madhya Pradesh, Chhattisgarh, Uttar Pradesh, Rajasthan, Orissa, Punjab, and  West Bengal.  Their  variety  of  pure  vegetarian  ice creams, sundaes  and  shakes  give them a spot in this Top 10 list.

Dinshaw’s was started in Nagpur before 20 years. The ice-cream products are distributed  all over India. The brand is producing and selling products that are safe & healthy for human consumption, in a manner that demonstrates greatest concern for health & safety of all life forms and for safety and sustainability of nature and our environment. 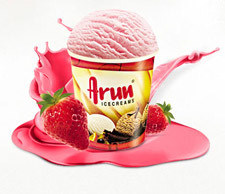 In South India, Arun Ice Creams is a very popular  brand, with over a thousand  exclusive  parlours in rest of India. The secret of Arun’s success lies in its revolutionary concept of  exclusive  icecream  parlours.  Apart from launching  new  flavours,  Arun  has tremendously travelled the path in less period of time by opening ice cream parlours even in small towns in India and thus consistently retained the customer’s interest to give them brand-specific identities. 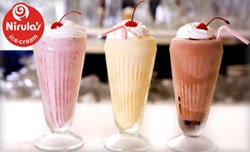 India’s  oldest  fast food  restaurant  chain  is Nirula’s. They opened the first ice cream  museum  within  their own ice cream factory in Noida.  “Nirula’s Express”,  Food Court  Unit  and  Ice-Cream  Kiosks  were the first of their kind in India and were brought  in by the company. 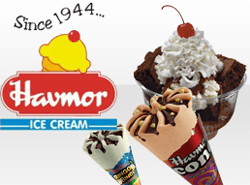 In the last 10 years, havmor is one of the fastest  growing ice cream entities in India. The West was won by taste, innovation and quality. It is available across Gujarat, Maharashtra, Rajasthan, Madhya Pradesh, Punjab, Goa, Delhi and Telangana. Havmor  has more than 160 products, possibly the most extensive range in India.  Havmor is also a market leader in the hospitality industry in Gujarat, with established family Restaurants, Ice Cream and Snacks Parlours and a buzzing Catering business. 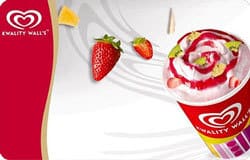 Kwality Walls is original  Indian  company which was found in 1956. This comes under Hindustan Unilever Ltd..  Kwality Walls is a major producer and distributor of ice cream and other dessert products in India, Pakistan, Sri Lanka, Malaysia  and  Singapore. 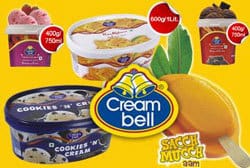 A variety of exotic flavors of ice cream  is what Cream bell presented. It’s one of the most  rapidly growing  companies in India. Known for their quality,  Cream Bell is among the top 5 leading ice cream brands of India. Creambell  was  declared  as  India’s  most  promising  brand  for  2013 to 2014  at the WCRC Leaders’ Asia Summit.  Creambell is one of the fastest growing ice cream companies in the country with its foot prints in the neighboring nations as well. 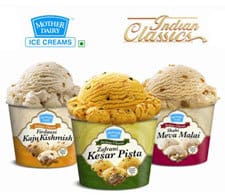 Mother Dairy was established  in 1974 and it is subsidiary of the National Dairy Development  Board of India. It was an initiative of the biggest dairy development program in the world called, Operation Flood. Mother Dairy launched  ice creams in 1995 and exhibited gradual expansion over the years. The product  introduced  by the National Dairy Development Board, has a superficial penetration in the Ice Cream Market. 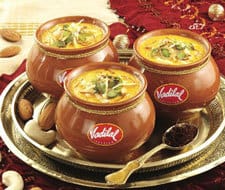 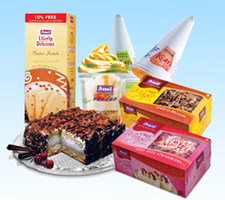 The Amul of the Gujarat Co-operative Milk Marketing Federation (GCMMF) is one of the major ice cream brands in India. The Amul is a statement for quality dairy products and it is extremely popular. It has strong presence in the Indian Market. Because of its product quality make its No 1 Ice Cream Company in India. Amul spurred India’s White Revolution, which made the country the world’s largest producer of milk and milk products.