Noodles is an instant food that can be made within few minutes in your kitchen. For this reason, it is fastly occupying urban Indian kitchens since most of the women are working nowadays. Quick cooking process has made cooking very simple and easy for working persons such as bachelors, spinsters and even children.

Between overcoming the Maggi controversy, Instant noodles has now again become a favorite food among all Indians. 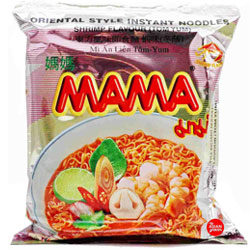 A Bangkok based Thai noodles which is imported and marketed in Indian super markets. It is mostly available in the online stores such as Bigbasket, Amazon.in and Alibaba.com. It is available in variety of flavors such as chicken, shrimp, duck flavor and coconut milk. Also comes as different products such as cup noodles, instant noodles and non-fried noodles. 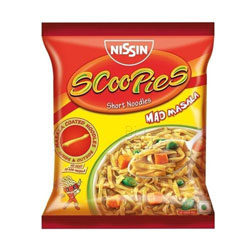 Scoopies are short noodles that is manufactured and marketed by Nissin India. It is quite different from other traditional noodles in its size and shape and has different flavors such as mad masala, chicken masala and curry types. Taste best when served with Indian gravies. 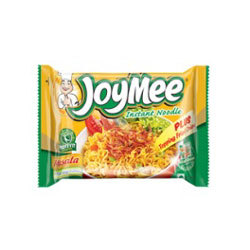 It is the India’s first noodles that comes with the crispy onion toppings. Joy mee noodles made from wheat flour that is packed with vitamins and minerals and challenges that it is a healthy food too. It’s catchy television advertisements and crunchy onion toppings flavor has captured the Indian market quite well. 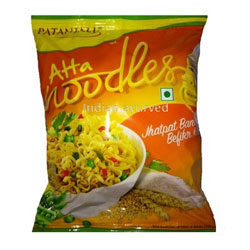 Pattanjali products claim to be healthy since they are made from 100% natural ingredients without any artificial flavors. Patanjali atta noodles is one of the best noodles for those who are health conscious and tastes less spicy when compared to Maggi. It is one of the noodles which is full of fibre and made up of pure wheat flour. 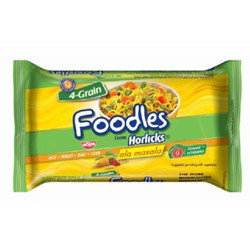 It is a different product from Horlicks that targets health conscious people. Fully loaded with multi grains such as wheat, corn, ragi and rice, high sources of protein, carbohydrate and vitamins, Horlicks foodles is a best evening meal for your growing children. Also its taste maker has unique taste when compared to the leading brands such as yippee and maggi. 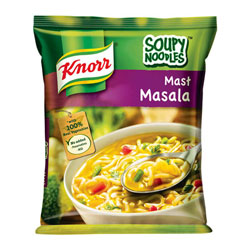 Along with its popular instant soup mixes, Knorr has introduced soupy noodles which is partially soupy along with tasty noodles. It is a different noodle pack which allows you to taste the soup as well as noodles at the same time. But however, Knorr soupy noodles is said to be high in salt content and thus not recommended for people who have hypertension and high blood pressure. 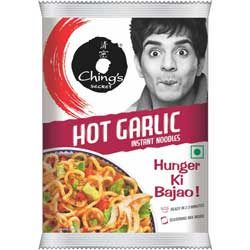 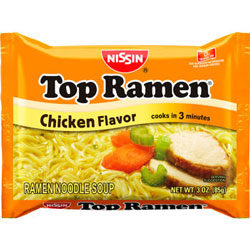 Marketed and manufactured by Nissin India, Top ramen is a very famous noodle brand in India. Its curry flavored noodles is well known for its spicy taste and most selling flavored noodles in Indian market. It is available in most exotic flavors such as chicken, beef, shrimp, masala, curry and so on. Also, available in different types of products such as cup noodles, ramen bowl and soupy cup noodles . 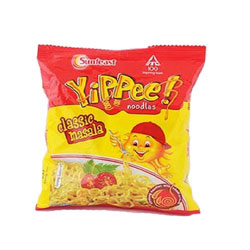 The Longest and non sticky noodles from Sunfeast company of India. The speciality in this noodle pack is that it does not form lumps or sticks even after 30 minutes of cooking. It claims that it is a healthy noodle and manufactured after several tests and screening process. It is available in two exotic flavors such as classic masala and magic masala. 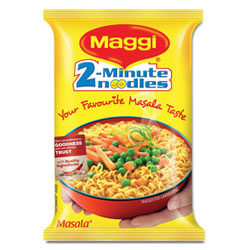 Maggi the king of noodles which was actually originated from Switzerland entered into the Indian market later through Nestle company. Today, Maggi has acquired 90% of market share in India and also has good sales in Malayasia, Singapore and other Asian countries. Also, Maggi won the battle and controversy which claimed that it had high sources of Monosodium Glucomate.  Now the sources have declared that maggi is the safest food for children to consume.