Anime is a style of Japanese animation that has grown in popularity all over the world. Anime, which is broadly described as Japanese animated works, is a diverse media. There are fast-paced adventure programmes with cliffhangers at the conclusion of each episode, as well as heartfelt slice-of-life episodes. Each episode is generally 20 minutes long, which is shorter than a regular television show yet filled with emotion. While some people identify anime with the shows we watched as children and then abandoned, there are plenty of series with dark and serious subjects aimed for adult audiences.

Here is a list of some fantastic anime recommendations for you, ranging from psychological thrillers to coming-of-age dramas. 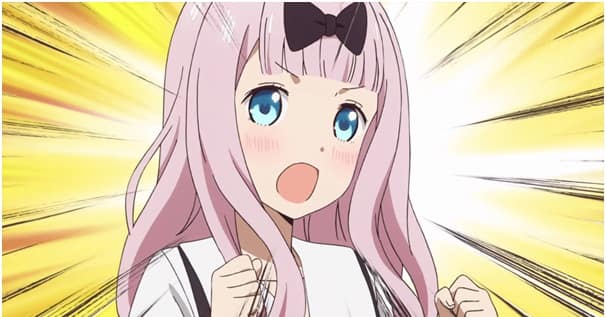 Eiichiro Oda wrote and drew this Japanese cartoon series. It chronicles the narrative of Monkey D. Luffy, a young pirate who aspires to be the ruler of the seas and discovers the mythical treasure One Piece. He forms the Straw Hat Pirates, a diverse crew with whom he embarks on epic adventures, facing formidable foes such as Rob Lucci, DonquixoteDoflamingo, Crocodile, Bartholomew Kuma, Gekko Moriah, and Blackbeard.

Death Note is a psychological thriller about a youngster who discovers a notepad that has the ability to murder anybody whose name he puts in it. The series covers his rise to fame as a vigilante, as well as how the cops chase him down and try to apprehend him before he can strike again. This suspenseful anime has character mind games, hidden identities, and lots of action scenes that will have you on the edge of your seat until the end. To enjoy this thrilling anime series you can have a look at this website.

It is an anime adaptation of Hiromu Arakawa’s manga Fullmetal Alchemist. The plot follows Edward and Alphonse Elric, two brothers who are attempting to reclaim their bodies after a failed effort to employ alchemy to bring their mother back to life leads them to lose their physical shape. They enlist in the military in order to obtain access to resources that would allow them to return to normalcy, but they quickly learn that there is more at stake in the world than simply their own lives.

It’s a dark science fiction anime set in the future, in which an agency known as NERV battles horrific monsters known as Angels. Shinji Ikari joins this gang to operate one of their mechas so that he and others can be protected from these monsters.

Naruto Shippuden is set two and a half years after the end of Naruto, and follows naruto Uzumaki and Sakura Haruno’s adventures . Sasuke Uchiha decides to search for Orochimaru , who had abducted his brother Itachi two years earlier. Hinata Hyuga falls in love with Naruto Uzumaki.

Gon Freecss is a ten-year-old child who loves to go on adventures. Gon leaves his home to see his father, whom he thought was dead, and discovers that he is the finest “Hunter” (a term for someone who hunts for treasures or acquires stuff in risky locations) in the world.

After nearly all humans have been slaughtered by Titans, enormous human-like entities that consume them for mysterious reasons, Attack on Titan takes place. Only those who live inside three massive walls that have been erected around humanity’s remaining bastions have survived. It follows Eren Yeager, his adoptive sister Mikasa Ackerman, and their mutual friend Armin Arlert as they enlist in the military to battle the Titans after learning more about them than previously imagined.

In the year 2022, the world of virtual reality was upended by the arrival of a new game called Sword Art Online. In this game, players could control their avatars with their thoughts alone, making for a more immersive gaming experience than ever before. 10,000 players logged in on the first day, and soon after they were trapped in the game’s cruel world. To escape, they’d have to clear all 100 floors of Aincrad , an enormous castle floating in the sky.

Goku is a Saiyan, a warrior species that originated on Planet Vegeta. He was transported to Earth as a newborn in order to save him from his planet’s annihilation. Goku was discovered after crash-landing on Earth by an elderly man who reared him and taught him martial skills. Goku encountered Bulma when he was older, and the two of them went out to collect the seven Dragon Balls together. They wanted for Goku’s grandfather to be resurrected after they had collected all seven Dragon Balls.

10. Code Geass: Lelouch of the Rebellion –

In this universe, the Holy Empire of Britannia has overrun Japan, which is now known as “Area 11,” a totalitarian dictatorship. The anti-British forces are still active, and LelouchLamperouge gets caught up in a terrorist strike one day. He is rescued by a female who bestows upon him the mysterious power of “Geass,” which permits him to command others. With this new skill, Lelouch, an exiled Brittanian prince, undertakes a quest for those responsible for his mother’s death and fights the government that has enslaved Area 11 for a long time. Code Geass: Lelouch of the Rebellion is a nail-biter from the first episode, blurring the borders between good and wrong as Lelouchutilises his ability to compel allegiance from anybody.

Some anime recommendations for you are mentioned above, and they include a variety of genres. So, whatever your tastes, there’s certain to be an anime out there that you’ll enjoy.