India is a country with full of festivals and Buddha Purnima is one of the main festivals during the month of Vaishakha. The festival denotes the birth anniversary of Siddhartha Gautama later known as Gautama Buddha. He was the founder of religion, Buddhism. The festival is also called as Guru Purnima. According to the religion, the word Guru consists two words, here ‘Gu’ means “Darkness” and ‘Ru’ means “Remover.”

“Teachers” have a great significance in the Hindu religion as the word says. He is someone who removes the darkness from your life or path. Buddhists consider this day as the most auspicious day in the entire year. 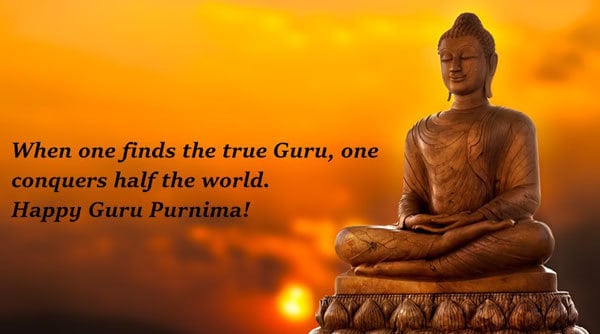 There are different beliefs regarding this day. It is celebrated on a full moon day in the Vaishakha month. According to the universal calendar, it lies in the months of April and May. It is believed that Buddha birth and death day are the same. He was born in Lumbini. He was the son of a king of Lumbini named Suddhodhan. He lived is life in full of comfort and got married to Princess Yashodhara. Prince Siddhartha soon became a father and everything was going as usual, but one day, when he was going to visit a rich family, but in the way, he discovered the sufferings and poorness.

After meeting an old person and a dead body in the way, he realized that death is the final truth of life. He got into a deep thought of life and at the age of 29, he decided to leave all the comforts and left bare handed to find the answers of the life cycle.

He completely changed his lifestyle and took the life of an ascetic. In Bodh Gaya, he settled down under a tree and started meditation and decided not to stand until he found the path of enlightenment. After meditating for constant 48 days, he started teaching a small group and became a founder of the religion called Buddhism.

The festival is not celebrated in India only, but also it is widely celebrated in countries like Sri Lanka, Tibet, Japan, and China. In India, Buddha Purnima is celebrated by a visit of a temple. Several types of sweet cuisines are made and one of the most auspicious is Kheer. The statue of Buddha is decorated with flowers. The food does not include non-veg, onion and garlic at all.

It is celebrated in different ways. The day starts with chanting of specific prayers for their teachers and at the end of the prayer, MangalAarti is done. All the Buddhism followers believe that on this pious day, one should keep a fast and not to consume rice, salt or any other cereal made dishes.

The fast is named as Satya Narayan Vrat which is observed to worship Lord Vishnu. Mango leaves are hanged at the entrance of the houses. Prasad is made with fruits, rice dishes, betel leaves and dry fruits as the main ingredient.

Some of the believers start their day with meditation and self-introspection. People believe meditating under the full moon gives internal energy to the body and science has also proof it. It provides the positive energy and some students also celebrate this day by offering gifts to their teachers.

You can make a list of all the necessary products like Til, Sugar, Ghee, etc. Make sure you buy the complete Samagri before the day. The festival is also known as Buddha Jayanti, Vesak, Vaishakha and Buddha’s birthday. North India and South India have completely different beliefs like in North India, Buddha is believed as the 9th incarnation of Lord Vishnu, but in South India, people consider him as 8th incarnation.

Date and Timings of the Buddha Purnima 2018

In 2018, the festival of great teacher Gautama Buddha will be celebrated on 29th April 2018. It is the 2580th birth anniversary of Gautama Buddha. The timings which are called ShubhMuhurat of Purnima Tithi begins on the evening of the previous day that is 28th April at 9:00pm and you can do the Puja between this time as the time ends on 29th April at 8:57 pm. Make sure you have all the important things required before this time and if you are planning to keep the Satya Narayan Vrat, you should always know the important facts about date and timings.

During this day and ShubhMuhurat, worshipping of Lord Vishnu is considered as very important. It is believed that Lord Vishnu will free from all the sins you have committed or done in the past and you will go to heaven by attaining prosperity. Vishnu Puran is a book which is read.

These are the most important facts that one must know about Buddha Purnima. Worship God with the true heart and God will surely bless you and you will get everything you want.