The much awaited month of Magha is around the corner. The ardent believers of Lord Shiva are ready to get his pious blessing on the day of Maha Shivratri. Lord Shiva is an embodiment of victory over evil. He is the ultimate creator of the universe, who metamorphoses and nurtures every creature with love. In fact, Shiva the supreme power has no form or limit as he can impose absolute control on any element. Addition to that, his devotees are familiar with his benevolence and his unconditional presence in every form as a yogi. To get his true bestows on Maha Shivratri go through the puja time, significance and practice to perform with holiness. 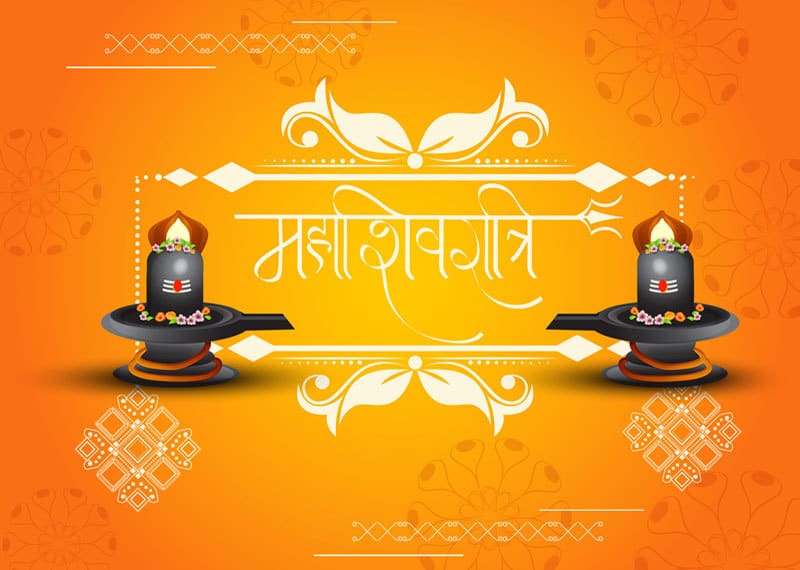 In order to comprehend the significance of the Shivratri, first of all you have to go through previous explanations. Like according to one believer of the Shaivism sect, it is one of the auspicious days when Lord Shiva follows the process of ruining and creating through his holy dance in the form of Nataraj Nritya. And the devotees in unison recite the holy Shiva mantra to adore his presence. Contrary to this particular one, other significance of the day is that Shiva and Parvati tied the nuptial knot.

Apart from all these elaborations, other legendary explanations state that Shivratri is a resolution to start a fresh life and to ask for his forgiveness to get rid of the previous sins by traveling the righteous path. Once you flip through the pages of diverse mythological Puranas like the Padma Purana, Linga Puarana, and Skanda Purana, texts from these books especially highlight the importance of fasting through worshiping the Linga.

The method and some vital Puja Vidhi Materials:

While the kindling of the lamp indicates enlightenment of knowledge.

Lastly, the offering of the betel leaves shows that the devotees ask Shiva to offer them materialistic satisfaction and pleasure.

Following any puja ritual earnestly portrays your eternal devotion and sincerity. Keeping that in mind, maha Shivratri too has certain vidhi or process that you have to follow. Let’s start with the morning ritual.

Respecting the importance of the day devotees do rise up early in the morning to take a bath with a rise of the sun. Mostly people aspire to take a holy dip in the pious Ganges. Along with Shiva, prayers are chanted for Lord Vishnu as well as a part of the purification process. Later the devotees make out for the nearest Shiva temple to offer a holy routine bath to the Shiv lingam. Usually women are seen to flock to the temples after taking five to seven rounds they do pour milk on Shiva lingam followed by singing special Shivratri songs.

Just make it a point that Lord Shiva is revered all throughout the night. Devotees gather at the temples and the loud cry of Om Namah Shivaya fills the air with ultimate serenity. Along with that other verses and hymns are also chanted at the same time. The entire night decks up to adore Lord Shiva, people enthusiastically nod their head to the tune to get a freedom from their wrongdoings. In the meantime, Lord Shiva is offered all types of his favorite food items like coconut, seasonal fruits, and other roots of the vegetables. Now his devotees those who kept fast the entire day literally end their fast the next day after consuming the offered Prasad.

The devotees on the day of Trayodashi should eat only once during the day. On the day of Chaturdashi, the devotees should take a self-resolution that they will fast the entire day and have to break the Sankalp the next day by taking the food. Moreover, they need to follow the self determination of continuing the fast in a pious way.

Timings of the Maha Shivaratri:

These are some of the important facts that you should know about Maha Shivratri. Hope, being an honest devotee of Lord Shiva you would be able to accomplish with diligence.