The designs and models of bicycles are changing continuously with the advent of technology. The top ten cycle industries in India are providing the cycle and spare parts for the mountaineering, racing or riding purpose. 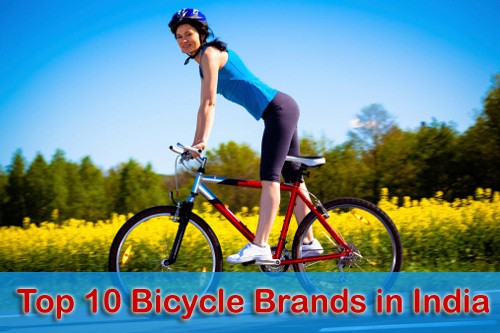 This bicycle industry is the joint fruit of Thailand and Indian companies. They placed bicycle and kids toys of quality design and global standard. This manufacturer company is the leading player in the market which produces bikes like BMX, city bikes, kids, mountain bikes, proline bikes, road bikes and accessories.

This widespread industry is renowned for its hi-tech cycles including the aluminium structure into the cycle body which can make it lighter and faster. It has launched the model of touring bike as well as the mountain bike items. In addition, the industry offers you the production of the trailer, rider, apparel, and gear. The major productions of the respective industry are such as road, kids, women’s, urban and recreation.

It is an international standard bicycle production house which has the fame of producing phenomenal bikes considering the need of riders. The passion of cycling is the foundation of this company to the commitment of creating the best bikes such as cruisers, hybrid, road, urban, kids, bike path, mountain etc incorporating the latest technology and spare parts. It holds the leading position over 100 years of technical skill.

The brand is well known for its production of strongest, fastest and lightest bicycles in India ever. It is the part of the TI cycle industry and founded in India in the year of 1949. The bike produced by the company is matching the international standard. Some of the products of this hi-tech company are such as Country Titanium, blues, jazz A, techno, rock etc.

Mongoose is established in the year of 1974. The brand is familiar for its aggressive and durable products which can give a real thrill to the riders. The industry is offering huge models of bikes which can be differentiated in three categories like Urban, Bmx, and MTB. the present time products that lie on the top of popularity are Fraction, Asphalt Tripel, and Rockadile Comp 24 inch boys.

It is a Globalized company for bicycle production which has started their operation in India in the year of 1976. The industry plants are very hi-tech in nature as they manufacture the latest bicycle indulging in new technology. Geared bicycles, mountain bikes, sports bike, racing bike, kids bike, and roadsters are the trendy production of this company.

The firefox bicycle brand has started in India their journey during 2005. Since then the company is continually changing the landscape of cycle structure and business in India. The models of the cycles are maintaining the international standard launching 30 new models. The categories of the cycle production of this industry are as BMX, Trek, full suspension, kids, Hardtail, hybrid, road, Gary fisher etc.

Atlas is the trustworthy and leading manufacturer of bicycle, started the business in India at the year of 1951. It has become the greatest revolutionary brand for cycle industry. Its bicycles are being used in India as well as in abroad. The company holds the superior fame because of its technical integration and latest innovations. It is capable of producing 4 million pieces every year.

It is basically the UK based bicycle manufacturer company. In India, the management is distributed among TI cycles and MuruGappa group. The first ever sports roadster is SLR launched by the company across the breadth and length of India. Some present production of the company is champ, ladybird, toddlers, roadsters, workouts and Jr. Roadster.

Hero cycle is one of the best cycle manufacturers in India. The respective company has a net total of 48 % share in the Indian market. The cycle manufacturing plant is situated at Ludhiana, which was manufacturing the spare parts of a cycle earlier at the starting of business. It has the Guinness book record of highest cycle production in the world.